Kat Graham’s international background and celebrity status has given her a unique access to, and perspective on, the rest of the world. Witnessing first-hand through her travels some of the global inequalities that can cause human suffering, Graham has made it a priority to leverage her platform to fight for those less fortunate.

As a strong advocate for human rights in general, Graham is particularly passionate about the plight of refugees worldwide. This passion has grown in recent years as the situation for refugees has worsened: an unprecedented 80 million women, men and children have been displaced worldwide due to war, violence and persecution.

In 2013, Graham started working with the UNHCR (United Nations High Commissioner of Refugees). Since then, she has traveled with the UN Refugee Agency to the Za’atari refugee camp in Jordan, the Melkadida refugee camp in Ethiopia, as well as to Central America to raise awareness about the millions of people displaced in these regions who are in search of a better life.

In December 2020, UNHCR appointed Graham as Goodwill Ambassador - a distinction held by 35 other high-profile advocates throughout the world - recognizing her unwavering support and commitment to advocating for refugees.

In addition to her work with refugees, Graham is a fervent advocate for human and animal rights. She’s a strong advocate for Rotary International, an organization dedicated to making the world a better place through volunteer service. She is also a council member for GLAAD (Gay & Lesbian Alliance Against Defamation), as well as a supporter of The Water Project and PETA. Finally, her PSA short film for Black Lives Matter earned an Emmy nomination for best PSA short.

PETA: Humanitarian Of The Year Award

Kat Graham was honored as humanitarian of the year by the PETA for her animal activism and support of the organization.

Kat Graham is being honored with the Humanitarian award this week at the Westfield Film Festival for her work with refugees, animals and...

Kat Graham joined Camera Moda and Eco Age taking over their social media for the annual Green Carpet awards. Kat was paired with RVDK for...

Kat joined AmFar in Milan during MFW fashion week to help raise money for AIDS research. She arrived in an Ellery dress.

Kat is joining iconic and spiritual leader Deepak Chopra this November to moderate his Sages and Scientists panel. Click here to purchase...

Kat Graham hosted the Mercy For Animals Gala held at the Shrine Auditorium in LA. The animal and human rights activist joined Moby,...

Kat arrived at the Unicef gala in Sardinia this past week wearing Raisa and Vanessa. The humanitarian was on hand to raise awareness and...

Grammys On The Hill

Kat Graham was on the honor committee for The UN women for peace luncheon held on Friday. The UN Women for Peace Association, Inc. was...

Kat Graham co-chaired Art Of Elysium Gala in LA this past weekend. The star wore an Erdem gown, Jimmy Choi pumps and a Judith Lieberman... 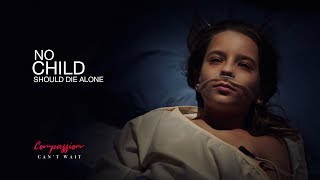 Kat Graham hosted this year’s GLAAD Gala in Atlanta. The gay rights activist has been a council member for the organization for many...

Kat Graham is hosting the 2018 Atlanta GLAAD Gala this Friday. The actress and activist has been an active supporter and council member...

Kat Graham attended the GLSEN gala this week in Beverly Hills. She arrived in a Fendi dress. GLSEN’s mission is to create safe and...

Kat Graham attended and presented at AmFAR this week. The LGBTQ and human rights activist arrived in a DSQUARED2 gown, paired with Jimmy...

Rotary is a global network of 1.2 million neighbors, friends, leaders, and problem-solvers who see a world where people unite and take action to create lasting change across the globe. Their 35,000+ clubs work together to promote peace, fight disease, provide clean water, save mothers and children, support education and grow local economies.

"At Risk Youth" is a Public Service Announcement for the Black Lives Matter movement, produced by actress/activist/music artist Kat Graham and directed by Darren Genet. The concept was the brainchild of J. Walter Thompson's Creative Director Vann Graves, the most successful African American ad agency executive in the country.

Genet, Graham and Graves worked together to produce this narrative PSA that speaks to these ongoing issues in an emotionally powerful context, capturing real people (such as legendary civil rights activist Reverend Warnock), to portray the devastating impact that can result when seemingly innocent choices collide with impulsive, racially-charged reactionary violence.

The result of this collaboration addresses in a very personal and compelling way the issues of fear and frustration and the toll it takes on both the black community and the institution of policing in America.